First, sprinkle pot roast with kosher salt, fresh coarse-ground black pepper, and paprika. Set it aside on a plate. It’s a good thing if it gets some time for the meat to get to room temperature and for the salt to start working its way in.

Start the fire in the Akorn with about half a chimney’s worth of charcoal (lump is best for less ash, but I found that additive-free 100% hardwood briquets from Harris Teeter burn pretty clean too; I like them). You want the heat at 350°. That will take longer than you need to wash, dry and quarter about 8 to 10 potatoes, cut two onions into 8 pieces each, add 1-2 cups of carrots. Put all that in a bowl and set it aside.

In the Dutch oven mix 12 oz beer, about half cup of the Worcestershire, about a cup of leftover olive brine, and a good sprinkling of garlic powder. Set it aside.

When the grill hits 350° put the meat on for 15 minutes. Let the temperature creep up to 400°. That’s the bottom vent open about one inch, top vent about 1/4 inches, but use your judgment. Don’t let it get too hot too quickly. Flip the meat and let the other side feel the heat for about 10 minutes.

After this treatment the meat should have a nice caramelized crust, not too dark. Move it to the Dutch oven and baste it a little with the liquid in there. Put the vegetables on top. If you have some old uneaten oranges lying around peel one, quarter it, put it on top of the veggies. It can’t hurt. Put the lid on.

By now the Akorn is at 400° and holding it. Put the Dutch oven on and let it sit there undisturbed. After an hour, give it a sprinkling of rubbed sage. Let it sit another 10 minutes, then close both vents and take the Dutch oven off the heat and into the kitchen.

Let the roast sit covered for at least 15 minutes before bringing it to the table. It will fill the house with fragrance and remind people that it’s dinner time, so there won’t be any pleading and arguing. This is what the leftovers look like: 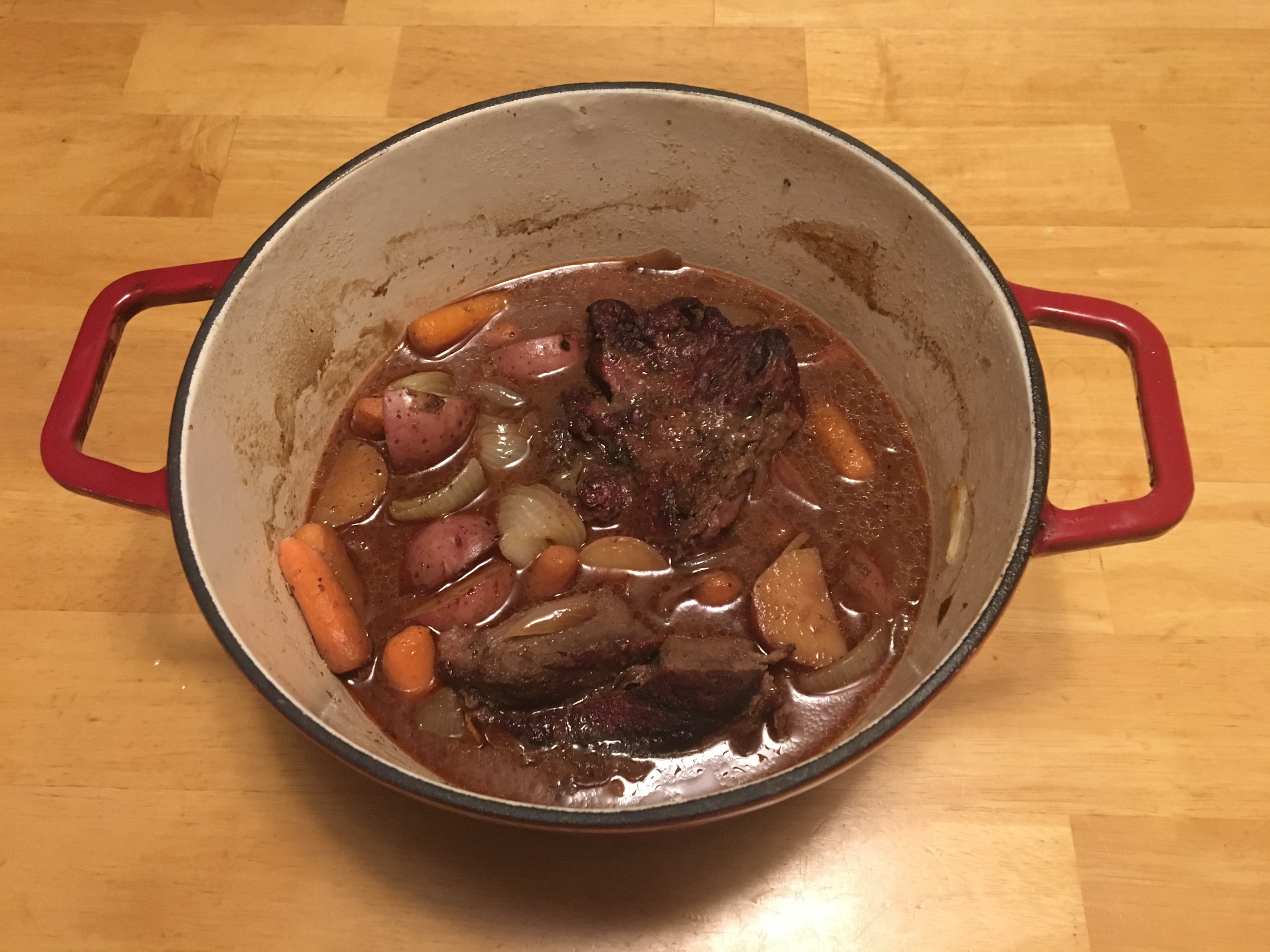