What changed since last time

Temperature stabilized at 260° before I put the turkey on. After 2 hours and 30 minutes juices run clear from the thickest part of the breast meat, where I stuck the probe, but the internal temperature is just a little above 140°. Un-oiled skin picked up quite a bit of smoke tint, and I assume flavor along with it, but it has a matte appearance and I don’t think it will be crispy.

Three hours and 20 minutes later internal temperature still not up to 165°, but it has been holding at 160° for some 10 minutes now and there are no more juices when I stab the thick part of the breast. I may have overcooked this bird already, so it’s coming off the fire. The grill gauge still reads 260° and this whole thing took about half a chimney’s worth of charcoal. 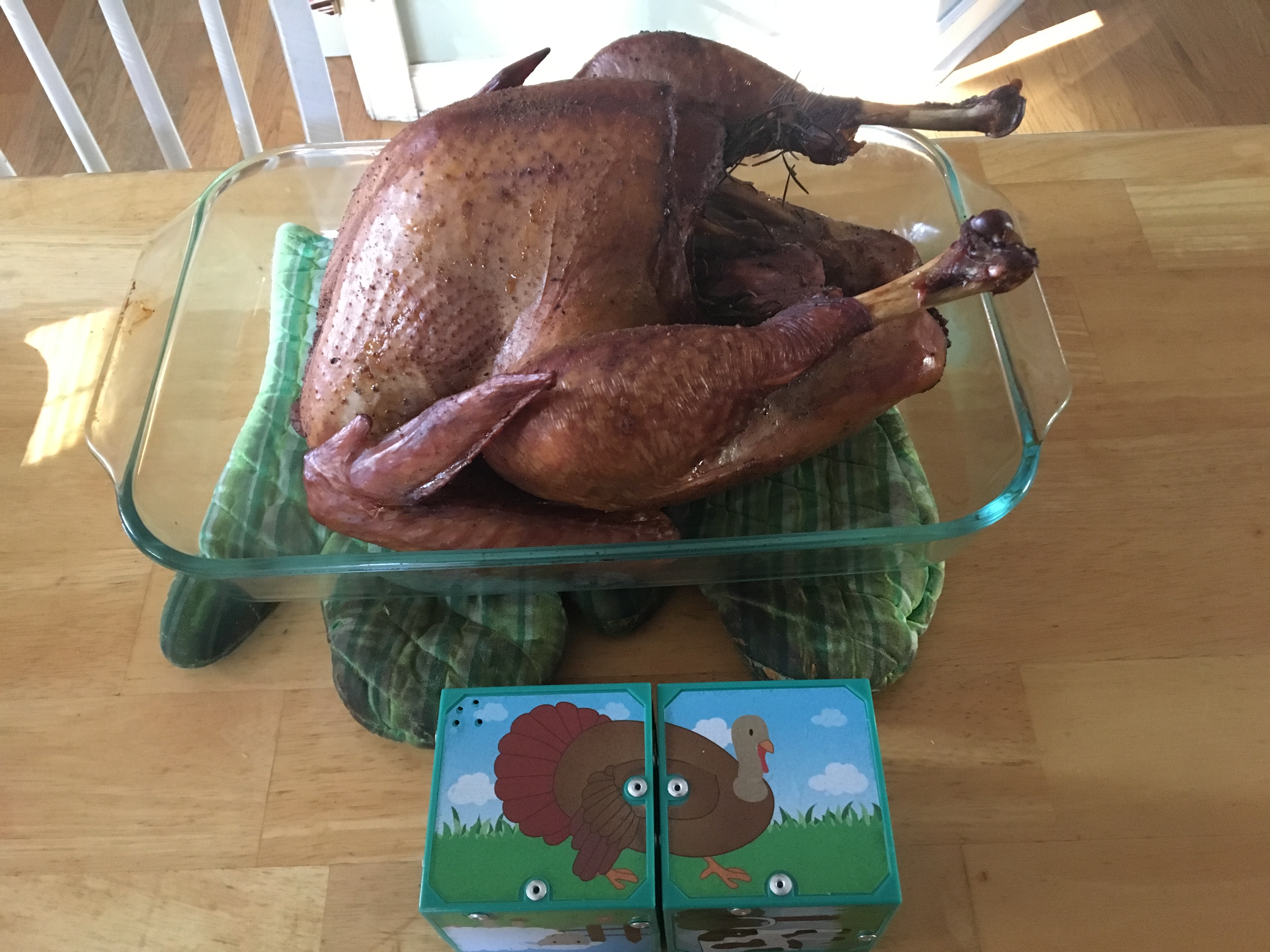